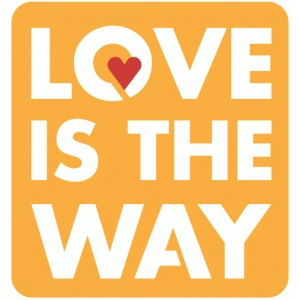 Late nineteen eighties. Just when we thought we were out of our teenage hangovers and stupidities, and the advent of TV and DVD players would sound the death knell for Bollywood, a spate of romantic films ruled the box office. These movies also launched the career of a lot of stars: the innocent looking Juhi Chawla, the dhak dhak girl Madhuri,  the chocolate boy Amir Khan, and romantic singer Udit Narayan  to name a few. We enjoyed listening to those great romantic songs without bothering much about their meanings or origins.

Now we don’t have to even wreck our brains to understand the lyrics of some of the popular songs.  We have to just google it. I found out this from a site:

Even after a little help from the Google, the song may not be fully understandable. I too write poems that friends say they don’t understand. But what I do understand from the above song is that it treats love as some kind of a goal to be achieved. And I have an objection there. Because I think love does not have any destination. Love is the way.

When your goal is to become a doctor, it means you are not a doctor now. Same way if love is your destination you are not in love now.

In those days, not having the advantage of Google to check out the exact lyrics and not being native Hindi speakers, the lines we sang sometimes went like this:

In Bhakti Sutras (which some translate loosely as the Aphorism of Love), Narada says that love is the goal as well as the way. Of course he was talking of divine love. Similarly many of the songs written by Rumi and other Sufi saints are about divine love.  For the spiritually inclined love is the way to self realisation.

But, for the Bollywoood lyricists love is the way to make lots of money. Some highly paid lyricists have brought down many Sufi bhajans from their high pedestals to the level of teenage infatuations. They don’t even acknowledge that they have plagiarized the songs from Sufi and Bhakti writers. Don’t think it is only the script writers who plagiarize.

Of course our popular bhajan singers do not do a better job when they sing bhakti songs following the tune of Bollywood songs that reminds you of  semi clad heroines and item girls gyrating to the tunes in all their vulgar glory.

In my book Idle Hours, I have dealt at length about my ruminations on love at length in an article. I have also discussed about the origin of the Valentine’s Day.

According to one theory, this day is associated with the St. Valentine who performed secret marriages in the 3rdcentury Rome against the diktat of the emperor to debar young men from marrying so that they became better soldiers. However, St Valentine would hang his head in shame if he now learns that marketeers are exploiting his name to sell cards, roses, and chocolates to gold, diamond, and platinum. Moreover, we are not satisfied with marketing the ‘ways’ associated with love only for one day. We have invented so many curtain raisers (Rose Day etc.) before the Valentine’s Day.

On a serious note, St Valentine will also hang his head in shame when he learns that even though we are living in the twenty first century we are seducing girls so that it will add to the numbers of our community.

At the other extreme, we are killing the people who genuinely choose love in spite of differences in social status, religion, caste, or creed.

I was deeply touched by the way poet Rahat Indori has put it.