Psychologists say that at our core, we homo sapiens are still the hunter -gatherers that evolved seventy thousand years back to inherit the earth. They are still searching for direct evidence to corroborate their theories. But after watching a number of movies, documentaries, and web serieses based on the public entertainment of roman civilisation and comparing these with modern forms of games like the IPL, one can safely conclude that human society’s core cravings and values have hardly changed over the last two millennia.

The gladiators were bought and sold. The people who owned and managed them were people of some standing in the Roman Society. The fortune of these owners depended upon the performance of their gladiators.

Gladiators who brought glory were elevated to the status of Gods. Women swooned over them. Past winners were welcomed to loud cheers and chants of their name. Past losers or perspective losers were booed by the crowd. Those who lost sank into oblivion. In fact, the majority of them were killed in the arena itself to the loud and hysterious chants of the crowd whose thirst for blood knew no bounds.

I need not describe the IPL for the Indian audience. Of course, IPL players are not killed on the spot. But consistent losers sink into oblivion over time.

I am a staunch opposer of Cricket as I believe the game has killed our chances of shining at real international games and sports like the Olympics. I would wish otherwise but the hue and cry over IPL refuses to mellow down over the years.

Hard as I may try, it is difficult to avoid not watching cricket or not discussing cricket. Without some knowledge about the current state of affairs of the cricket universe, as an Indian man you have a high chance of being branded a moron in social gatherings where people take pride in displaying their analytical skills about the game.

Occasionally I used to watch the live telecast of IPL and other forms of cricket. Once I had the misfortune of going to the stadium. The IPL is held at a time when there is high chance of rain in Bengaluru. As expected it rained. But as a saving grace the match was reduced to ten overs a side.

One thing got me irritated from the beginning was the noise. It was not only coming from the crowd but also from the loud speakers which were set at decibel levels beyond the tolerance level of the human ears. I don’t know if I was the only one sensitive to this. I regret that in preparation for watching the IPL upclose I did not deafen my ears a little bit to make it more tolerant to the noise.

Some had come with their just born babies. First I thought these parents were doing great damage to the delicate ears of their babies. But then, what can be a more appropriate training than IPL in the art of facing an increasingly noisy world.

Men and machines toiled hard to erase the mark of rain and make the ground playable. Umpires were satisfied with the pitch and players gathered. Batsman took their position as did the fielders. The first bowler started from his mark and dashed with his usual threatening gesture. At the bowling mark, as he raised his hand to release the ball, the audience in our front rows got up with raised flags in a frenzy and blocked the view of the pitch. I wondered what was happening in the pitch now hidden from my view.

When they sat down the bowler was ready for the second ball. I looked at the giant electronic screen to know what had happened but unfortunately it was busy playing some advertisement. So next time when the bowler was ready to throw the ball, instead of looking at the ass and flags of my front row audience, I decided to look at the screen to know what was happening at the pitch.

Finally, I realised I had come all the way spending eight hours of my day to watch a one hour match, on a bigger television screen than the one at my home, and putting my ears and my sanity to great risk.

10 thoughts on “the gladiators of our times” 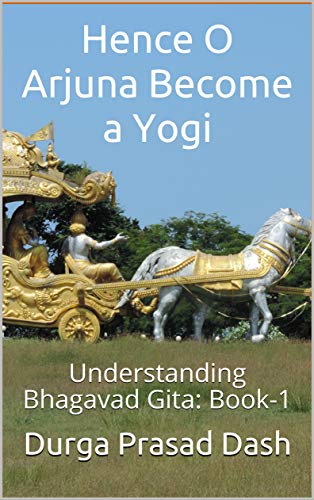 Check out all my books on Amazon India

(for other countries visit ‘publications’ link at the top)