Finally, last week,  I could catch up with a few good movies that had been on my watch list for a very long time. One of them is –‘A few Good Men’. People with some military background would appreciate certain nuances of ‘military ego’ better. The movie is superbly acted and  crafted.  The film is directed by Rob Reiner and the lead characters are played by Tom Cruise, Jack Nicholson and Demi Moore.

The movie is about a Military Court martial, it brings out certain universal truths. If there are a few good men in a given set up, there could in fact be fewer bad people. The problem with the vast majority who are in between is that they would wish to be good but cannot,  due to lack of courage or because they choose the path of least resistance. I was reminded of the Mahabharata where many good people like Bhisma, Drona, Karna etc. sided with the Kauravas.

Then there is also the ethical dilemma. In military, one is bound to follow the orders of the superior. However, what to do in a situation when the superior gives an order and you  know that it has a malafide intention. If you do not follow the order there could be immediate danger to your career and even to your life in certain situations. If you follow, sooner or later you are bound to regret or even fall into self-deprecation for not being able to stand to resist the evil. 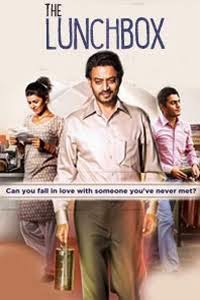 Then there was this ‘Lunch Box’. The story idea and  screen play seems to be original. It was after a longtime, perhaps, that I was watching an Indian movie which had not been inspired or adapted from an English one, in parts or full. The lead actors – Irfan Khan, Nawazuddin Siddiqui and Nimrat Kaur have acted superbly and brought out the subtleties of the characters, may be the way the director wanted. It is Art for Art’s sake. It probes a little deeper into human psychology and is an example of cinematic art at its best.

The movie is also a tribute the Mumbai Dabbawalas who run one of the most efficient supply chain systems of the world even though many of those who run it may not even have completed school education.

The Lord Of The Rings

I was able to watch the series of movies in bits and parts. Each part of the series is so lengthy, in fact lengthier than our old Bollywood movies. Of course it is justified as the series is a kind of an epic. So everything that an epic would demand is there – war, faith, courage, magic, the struggle of good versus evil, strange living beings and of course the message behind all these symbolism. Sometimes the message is symbolic. However, often the message is clear like when Gandalf – a character in the movie says,

“So do all who live to see such times. But that is not for them to decide. All we have to decide is what to do with the time that is given us.”