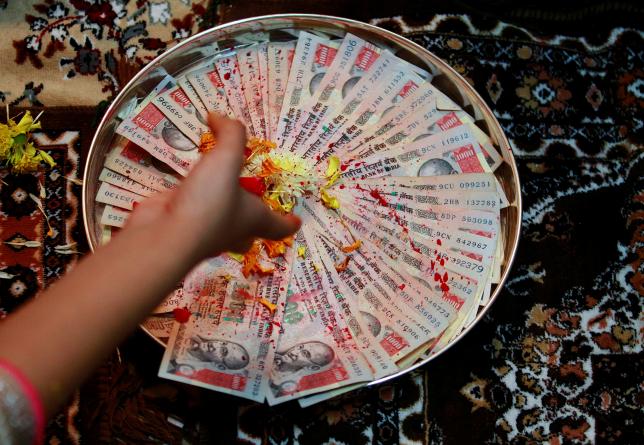 In reaction to the government’s demonetization move, the mainstream and the social media are full of pro and anti sentiments. While the government insists that such measures will kill the black money, terror funding  and bring transparency to the financial dealings, the opposition’s hallabol is only about the hassles faced by the people in long queues in front of the Banks. There is hardly any reasoned and in depth debate about the long term impact of such a measure.

No doubt, getting legal tender notes has become a big hassle for the common man.  The troubles to get  back one’s own money parked in the banks are definitely worth taking if,  it ends the era of black money and the parallel economy and heralds a new economic and social order without adversely effecting the economic growth.

Even at the cost of being politically incorrect, let me explain it this way. Let us say:

Now when I say the purchasing power should be restored, P2 must be made equal to P1, or x1+y1+z1 must be made equal to x2+z2. In simple terms to restore the health of the economy to its status before demonetization, Govt should replace (with new legal tender) not only the demonetized legal tender money, but also the fake currencies which were in circulation. And the sooner it is done, the better. If the cash crunch position persists for a prolonged period, the sales of goods and services will be adversely effected  leading to long term negative economic consequences.

Taking India towards a cashless society will be the final nail in the coffin of the parallel economy which threatens the stability of not only the economy but also the society in the form of terror funding and erosion of the value of the rupee. In a country like India the hurdles will be many considering, the average education level and the large rural population.

Then, the first step has already been taken.