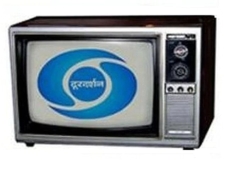 In those good old days of Doordarshan raj, I never had a fight with my wife for the remote, it being still a remote possibility when I had my first TV.  Otherwise also you could not fight as there was no alternate channel to switch to.

While watching the Bengali Movie Dhananjoy (with subtitles) a few days back, I was reminded of the Doordarshan Days when one of my favourite programs was the telecast of regional movies with subtitles. These movies, though not popular, were high on the cinematic art.

Ironically, the first Doordarshan telecast that I watched was the live coverage of the final journey of our Late PM Indira Gandhi. A TV station had started functioning in Berhampur a few months back. The college hostel where I was staying did not have TV. In front of our college hostel were the staff quarters of Berhampur’s only Government women’s college. A staff member who had a TV was generous enough to allow us to witness the telecast. I was lucky enough to be inside the drawing room through a connection while many of my hostel mates were jostling outside the door and the windows to catch a glimpse. It was 1984.

Subsequently our hostel got a TV set. But it was not untill I got married and had my own TV that I became a DD convert. From college Days till the days of bachelorhood in Indian Air Force the only serials I remember watching regularly were Ramayana and Mahabharat, which were of course hugely popular in those days.

Whatever becomes scarce or does not happen frequently, becomes fascinating. Thus was the case with the weekly feature films or, chitrahaar – the half hour show of film songs telecast twice a week.

Apart from the regional films, the serial Chanakya was one program that I eagerly waited to watch every weekend. Some of the other programs of my interest, as far as I remember,  were: Jaspal Bhati’s Flop Show, Malgudi Days, Zaban Sambhal ke, Bharat Ek Khoj, Tamas, World This Week,  Karamchand and programs on classical/folk  music & dance.

Even after the availability of a plethora of channels, I have not lost touch with DD. It is only on DD that one may get to watch programs on Indian classical dance and music. Some of the programs on DD Bharati, DD India and DD Kishan are quite interesting. If you want a wrap up of the important events of the day, I think DD news is still the best. On DD channels you may get to watch a lot of documentaries of interesting people and places. Some of these programs are far better than those shown on National Geographic.

Here I would like to make a special mention of a film that I watched on DD.  It was Basu Chatterjee’s ‘Ek Ruka Hua Faisala’. Later on I learnt that the film was a remake of an award winning English movie Twelve Angry Men. The movie is about the deliberations of a jury constituted to decide whether a nineteen year old should be pronounced guilty for killing his father. Eleven members of the jury are in a hurry to vote ‘guilty’ while there is a lone dissenter who succeeds at the end, in convincing the jury, after a lot of patient persuasions that they should not take decision based on popular opinion, or personal biases.

In my previous post, based on a couple of movies, I have touched upon the issue of fair trail that happens only in the world of fiction. Ek ruka hua faisala is one more such movie. But, it is an eye opener, provided the people who take such decisions watch and learn from this movie. In addition to immaculate direction, superb performance of all the actors in the movie (Pankaj Kapur, Annu Kapur, Aziz Kureshi to name a few) created such an impression in my mind that I remember the movie vividly even after three decades. 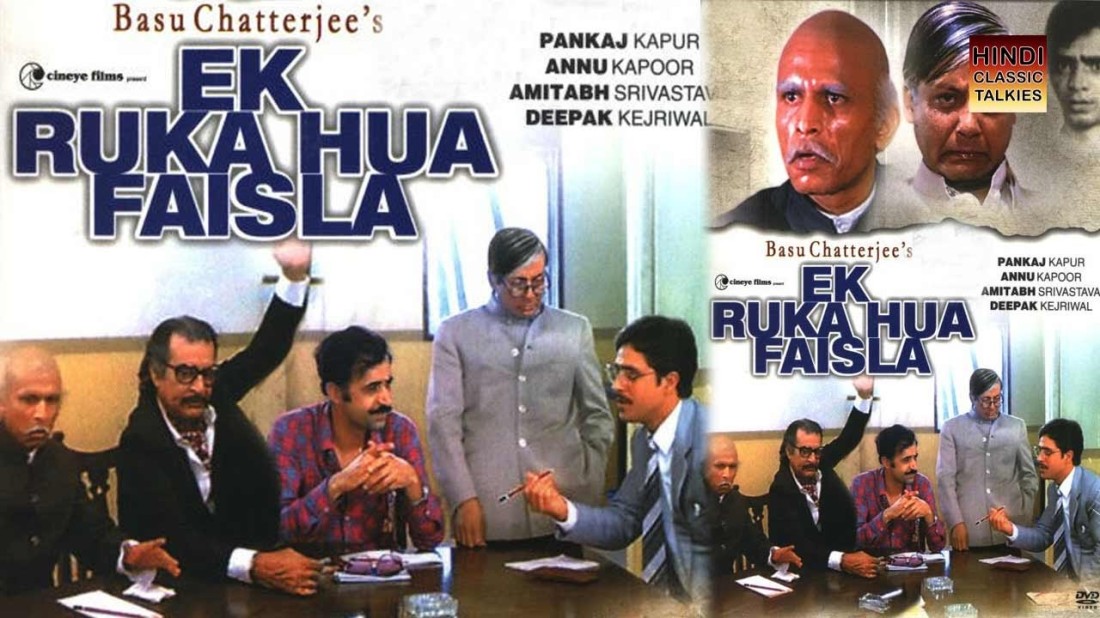