When I first came across the word Half Girlfriend during the launch of the eponymous book written by our great Indian novelist and twenty first century intellectual Sriman Chetan Bhagat ji, I wondered what might be the meaning of such a word.

In Indian hotels, we are used to the rate card of a full plate as well as a half plate. You have half versions of tea and coffee. In Indian tradition, after marriage the girl becomes ardhangini.

Of course, the concept of ardhangini is understandable. After marriage the wife and husband become one unit. So, each unit is half of this arrangement. But, our male dominated society never uses the word ardhanga which should be the synonym to mean the husband.

Is this  girl gifted with only half of the limbs that a normal girl has? Then, her boyfriend must indeed be a great hero to be emulated by all Chetan Bhagat devotees?  (by the way,  bhagat is derived from the word bhakt– a devotee)

Or, the protagonist boy has two girlfriends concurrently, thus, each one deserving only to be a half girlfriend?

When I confided my confusion to a dear friend and Chetan Bhagat fan and who goes by the name Ketan, he suggested me to read the book to clear my confusion. I shuddered at the prospect. The last time I attempted to read one of his books, after two pages I had such mental indigestion that it took me two weeks to recover. Such heavy stuff.

Imagine. If I struggle for a day and break my head to make sense of only one word invented by this great innovative author, what will happen to my chetan man (conscious mind)  if I go through the whole book.

So, I let the meaning of ‘half girlfriend’ remain a mystery. What is going to happen after all. Already I am living with half a million mysteries of the universe that may not get solved in a million years to come. That includes the greatest unsolved mystery of all times, “Why did Kattappa kill Bahubali?

At the same time I am afflicted by another mystery. The name half girlfriend is an insult to the women folk. To be more politically correct he could have used the word half boyfriend. Is Chetan, a misogynist?

I expected some feminist organsiations to take up the gauntlet, come in an Arnab Goswami show to  spread  the fire of protest so wide that the nation wanted to know only one thing – How dare Chetan Bhagat be more incoherent than the host of the only fire powered show in India?

The nation wide controversy would have made Chetan rolling on the floor laughing all the way to the bank while the sales figure of his books reached the moon.

But all this did not happen. Chetan did laugh his way to the bank, though. But, what happened to the feminists? Did they think it too trivial an issue considering the history of this nation in treating its female species, or, all of them got converted to the cult of Chetan Bhagat?

A few days back,  Ketan  phoned me. He said he was speaking to me from Thailand. He had taken a short break from his vacation activities just to speak to me.

“Hey buddy. You know what. The movie trailer is out.”

“The movie based on Chetan’s  book,  Half girlfriend.” He was so enthusiastic – like  a cult member out to recruit.

“You wanted to know the meaning of half girlfriend. Well, see the trailer”.

He sent me the link. I opened the link and saw the trailer. My confusion got more compounded.

So what is a half girlfriend?

A character in the trailer, who seems to be the protagonist’s friend, tries to describe the boy girl relationship as – Dost se thodasa jyada, boyfriend se thoda sa kam. Somehow it makes some sense, vaguely though.

But man, how do you decide it fits the definition of a half girlfriend/boyfriend or, a half relationship.  How do you assign a numerical value to an abstract concept.

Of course, there seems nothing special about the relationship that the author tries to hype up by assigning it a value of  half. In any boy meets girl story, there comes a point from where the relationship could go either way. It is just a short lived phase of a relationship.

But the relationship must have a number. Otherwise, it will not bring good luck to the book. Thus spake Chetan’s astrologer.

Yes, it is the same astrologer that Ekta Kapoor is affiliated to. Let me reproduce the enlightened conversations between the astrologer and Chetan here:

Love him or hate him, you can’t ignore him. His books adorn the bookshelves of half of my friends, occupy at least half a self in any library you visit, cover half of all the total space available in leading book stores- offline or online.  He is on TV- on talk shows and f**k shows. (I was thinking of a match making show where he acts like a f**ked up host).

He writes half banal and half unintelligible centre page articles on national newspapers. Like his books, movies based on his books make millions. Ketan, says that the movies are not exact adaptations of his books, but are loosely based.

Oh God, that is the saving grace. Being loosely based, the movies can take any kind of spin off.

It is said that the Americans are so adept in sales and marketing that they can sell real estate located on the moon to the Chinese. Well, Yankey dudes, here in India we have got the baap of  all salesmen.

16 thoughts on “girlfriend by two” 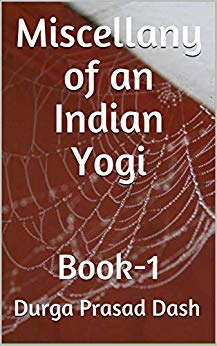 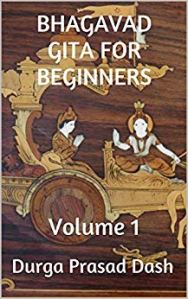